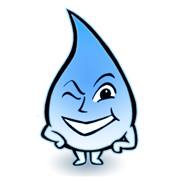 Drain Snaking is our specialty. We’ve mastered the machines with years of experience and are able to clear even the toughest of drains. We have all the right equipment to handle every size drain and tackle every type of clog.

Our Ridgid Sea Snake Camera gives us the opportunity to show you exactly what’s going on below the surface. As the camera explores your drains, you’ll be able to follow it by viewing the live video in real time.

A popular alternative to replacing or excavating drains that need extensive repair. Formadrain is able to repair pipes from 2″-48″ in diameter and contains “Green Technology” (VOC free). One of the most effective steam curing system on the market today.

Drain Relief is the trusted choice for all your Plumbing Drain needs.

A clogged drain can be a true emergency. It has to be done fast and it has to be done right. Drain Relief does both at an extremely affordable price.We will clear your residential/ commercial drainage issues using one of our top of the line Rigid drain machines/snakes. We also offer video inspections using our state-of-the-art technology to thoroughly diagnose the cause of the blockage and to prevent it from happening again. Call us today to speak directly to one of our licensed Technicians! We are happy to answer any questions you may have. Customer service is our #1 priority!

We have invested in the most state of the art plumbing technology/equipment such as fiber optic cameras for drainage and sewer inspections. Having this equipment means we work more efficiently and save time. This means we are able to pass along the savings to our customers.

Our Licensed Technicians are available 24 hours, 7 days a week offering prompt emergency response. We’ll be prepared with the proper equipment and expertise to solve any clogged drain issue you may have.

Our first priority is to provide you with a safe proven method of clearing your drains and providing repairs. We do not start out with harsh chemicals, but with the right equipment and high pressure water systems.

Being a homeowner, I can’t stress enough the importance of having a good plumber. Mark and his team at Toronto Drain Relief have relieved me from many sleepless nights worrying about my old plumbing. They can fix the most difficult plumbing problems – those that were given up on by many plumbing companies that I had contacted. Mark, Shawn, and his team (Ben and Matt) are exceptional, professional gentlemen whose integrity, professionalism, experience and conscience are truly unsurpassed.

Mark and his team were fast, efficient and reliable. We had a leak in our basement which turned out to be caused by our main drain being backed up. He went way above my expectations and the job was done in less than two days, him and his team explained each step and made me 100% comfortable with what was being done. I can’t say enough positive things about them and would strongly recommend them to anyone

Mark picked up the phone, answered all my questions and helped me understand the problem. I contacted Mark at night on a weekend, and all the other workers were tied up so he came down to fix my clog himself. The service was professional, courteous, quick and best of all – got my bathroom working again!

I got Mark and Matt to come down and access the sewer with the camera and he gave me a DVD of his inspection right from inside to the city junction point. He also found 4 blocks and he cleared it out. He explained to me in a clear manner what he would do and how much he would charge. He did exactly what he said and cleaned up the mess after work.

What a team! If you’re looking for honest, reliable plumbers who will take the time to walk you through everything, who will give you honest and fair rates, who will do an incredible job and clean up after themselves, Drain Relief is your team! Didn’t think it was possible for people to be so passionate about plumbing…More

As soon as I spoke to Mark from DrainRelief I felt like I was in great hands!! His price was reasonable and he was able to come on the weekend with no surcharge.
He showed up and was friendly and got right to work snaking the pipes. There was a very stubborn blockage which he managed to break up after a couple of tries with the snake. He talked me through some long term solutions to consider should the problem re-occur in the future.
Mark was no-nonsense, very well priced, friendly, tidy and knowledgeable. He will absolutely be my first call for any drain or plumbing issues that arise in my home or my rental property!!! (which I hope will not be any time soon 😉 ) AND THANK YOU MARK FOR COMING ON A SUNDAY!!!

Fast and friendly service, fair prices, I am very happy with Mark and his team.  My issue was a clogged main sewer 4″ drain in the basement.

Yesterday February 9th 2016, I had a really great experience with the Tech. Service Mark and Jessie, that came to drain under the clogged kitchen sink. First of all, when I called, Mark was upfront and honest about how much they charge for the service I requested, and even when I called around 10 am I was told they could reach my house in the region of Peel in between 2 and 3 pm which they did. Some other firms I called, evaded letting me know their fees, called back really late, charged much, much more, or even suggested they couldn’t repair until next Saturday (4 days to come!)
When they came, they were, polite, quick (around 20 min) and they also left everything clean and unclogged!! Good Job!! Thanks

I called the 2 big named guys first and they were very vague on the phone. When I called Drain Relief, I got the technician and owner on the phone and he gave me a detailed plan of what he’d be doing and how much it would be. He got here an hour later and showed me the inside of my drain with high end camera. He was able to remove the blockage quickly and was very friendly and professional.

Mark is a great guy! He was professional and courteous. He explained everything that he was going to do and did a good job of cleaning out our drains. He put a camera down one of our drains to make sure the drain wasn’t cracked or damaged. He cleaned up after he was finished!
Highly recommended!

“Alexa, find me a plumber!”

Don’t rely on Alexa to find you a reliable, affordable, and well credible plumber.. She’ll just pick one by your location. Instead, call a Company that stands by its testimonials, their hard work, and their 100 % satisfaction guarantee.

Trusted by the following: 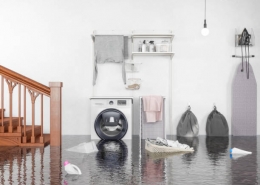 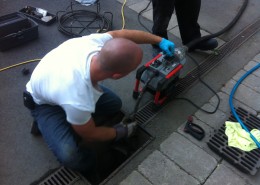 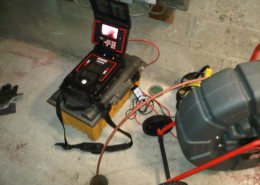 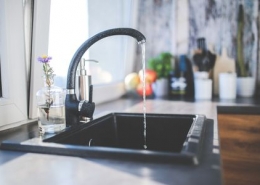 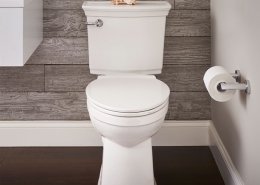